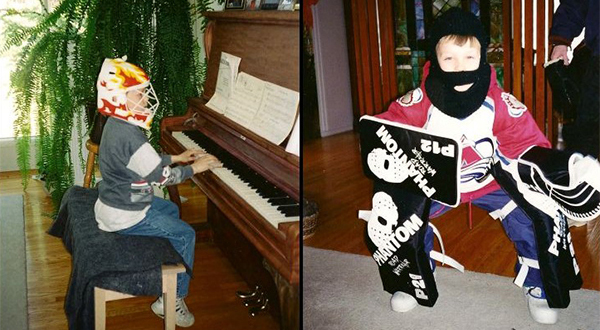 Born in Winnipeg on August 26th of 1989, Derek Twomey began his impact in the St. Vital community, and the world at large. A gifted athlete from childhood, Derek played about every sport one could imagine, until settling into hockey the young age of 8. After three years in the sport, Derek began playing for the AA St. Vital Vics, and continued for 3 seasons.

Derek gave up competitive hockey at 14 and passionately pursued both volleyball and basketball through high school, until focusing almost exclusively on volleyball, and the demands of its alternating club and school seasons. It became clear that Derek was a gifted setter, bound for volleyball at the post-secondary level.

After various provincial and national awards through his adolescent athletic career in Manitoba, Derek graduated with Honours from Dakota Collegiate in 2007.  Derek was offered an athletic scholarship to attend Camosun College, in Victoria, BC, where he excelled as a student and athlete.  He studied in the University Transfer program, working towards a University Degree, while playing volleyball at the college level.  During his first year at Camosun, Derek was named the team’s Rookie of the Year.  In the following season, while receiving the recognition of National Student Athlete Academic Excellence, Derek led the Camosun College Chargers to the provincial Varsity title and a national bronze medal at the CCAA volleyball championships, in Fort McMurray in 2009. 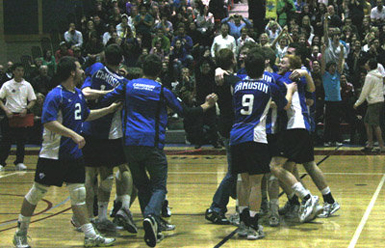 In 2009, Derek laid his athletic career to rest and returned to Winnipeg to pursue a degree in psychology from the University of Manitoba.  After another year of study, Derek passed suddenly, tragically, and surprisingly, by means of an accidental overdose of a prescription drug.

Although drug awareness and education are not direct goals of this event at this point in time, we feel that Derek’s case is a strong example of the universality of drugs and their effect on our communities.  Even those who may be gifted academically and athletically are vulnerable, and all of our lives have been touched by the effects of drugs in one way or another. This tournament is set to be a reflection of the person who Derek was and the incredible fun-loving spirit that he brought to sport and everything he did.

We at SlapIt2me are excited for the opportunity to celebrate the memory of the boy who watched the clock during piano lessons, through the cage of a goalie’s mask… because street hockey with his buds just couldn’t come fast enough!